LOL i just found this 1 i thought i gotta show u xD
http://www.moddb.com/mods/unitedrussianmod-criminal-russia#comments

In fact It's maybe even better then Alien City, hmm....

I'll split it on few little section so....

To access some interiors you don't need to walk into yellow arrow thing. You can just walk through the door and you're in. Basically some interiors are part of the game world. So... when you got wanted level you can walk into one of the buildings and have spectacular shot-out with cops! isn't that amazing?

There is nothing much to say about the weather.... except... thunderstorms... They are just great... What's so great about them? Just look at this picture

See it yet? No? Then you're blind haha. Nah just kidding. Lightning! There is a lightning

And there is also a lightning sound, yeeey. (oh well that's logical, if there is lightning there is a sound [if no that would suck]) Sounds like a small thing but it's great

At night sky is really dark. Also night change to day pretty fluent same as day to night so... cool

What you notice at this picture? Hmm... Nice sky.... lights.... which are nice and colourful btw

A lot of cars have been modded. Different Russian and foreign modern cars... They look quite nice actually. Also new camera mode have been added, you can view from first person view while driving a car. In some cars it goes partly out of the car (You can't see the roof) but overall it's ok (you can always switch it back xD)

Some peds have been changed as well. While exploring Huge world of Criminal Russia you can meet Police officers in nice modded skins, Nazis(?....Well.. they have some kind of Nazi flag on their arm)
and.... you won't belive this one.... Tommy Varcetti gang xD

There are 2 Russian radio stations added to the game. (They are actually only 2 that work.... except User Tracks ofc) Anyways the 2 Russian stations are called "Radio Retro" and "Russian Chanson" (as far as I remember...) The first one plays some old Russian songs and the other one plays some modern Russian songs (I guess) in the second radio you can hear one song from radio Vladivostok from GTA IV as well

When your health drops really low you get drunken camera and you are bleeding.

Map have been completely changed. In the center of the map there is the main city, east from the city there is airport. On the south-east there is second city, it's a bit smaller then the other one. It's surrounded by the water and is connected with main land by a Drawbridge. You start a game there. There are some cool places, including high tower. You can go up on it by elevator, to get to the roof you need to walk up the stairs. On the roof there is a parachute. Also there is a football stadium (Yeey! f**k baseball haha) Except of That 2 cities there are several villages.

Amazing, didn't know it had that much to it

And does this slow down your PC a lot?

It's hard to say..... It runs pretty good, just sometimes it slows down badly but it must be my fps problem....

Btw there are few bugs.... this is what I noticed so far

For some reason there are no flames on the picture but those flying car parts give you the idea I guess.....

2) At some places paths are completly fucked up. I was riding a train and suddenly it stopped on the bridge.... I went to the front of the train to see what's up but I noticed that there is like other train going across it? and it was starting to move so I quickly ran to the exit in case I get squeezed xD Anyways... I got off the train and fall off the bridge to the ground, I noticed that bridge wasn't fully complete and train was.... turning around 180 degree onto other track.... I was just so shocked that forgot to take a picture

Also on some intersections when some car want to turn it goes back a little and turns so unnaturally... can't describe it xD

3) Player skin is fucked up, head doesn't match the arms (besides the arms are pale like they belong to some fucking zombie ^^)

But overall it's nice mod

3) Player skin is fucked up, head doesn't match the arms (besides the arms are pale like they belong to some fucking zombie ^^)

Looks like a Muscular model of CJ with a different face and white skin lol,

sun is a nice

Also when I was running away from cops I found kind of old.... factory? No idea what is it. Kinda nice place for horror xD

Oh... have I mentioned that some cars have interior?

Train got interior as well

Here are them trains!

btw I got some more screens

I had 3 stars wanted and hidden in this building, I took a flame thrower and set whole corridor on fire... also I heard some explosions outside so I guess it's quite big fire xP

LoooL wtf... When I was running from cops they killed me and I got on some prison island

Nothing special except it looks like mental hospital from some horror and everyone are dead except you and cops... loads of cops that try to catch you

its really cool mods but how the effects is can u show us pics? plz

Thunderstorm? lol
It looks like the first total conversion what is real and rly cool.
GTA Berlin was a big fail. 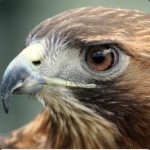 [NWA]oOo_ROOCKY_oOo wrote:its really cool mods but how the effects is can u show us pics? plz

I don't know about GTA Berlin shad but right, this mod is great

It's not just some modded cars and a crap new map. It's loads of modded cars on excellent map with cool features and there also gonna be storyline

Yes, postmore details on the crash or glitch

Did you run Map cleaner?
Do you have any mods?

I didn't need to run map cleaner for it oO

And yes, it needs to be clean gta

It helps if you do use map cleaner for it.

In Soviet Russia, Russia is clean