Sleeping Dogs (a game that was supposed to be called True Crime: Hong Kong) got announced,here's some screens and a trailer

Also there's going to be a Twisted Metal movie apparently but it's gonna be low budget cartoon.

Nope, never heard of it. Sounds fun though.

I hate it when they do real life trailers of video games, it's not like they can't do it because of bad graphics, so wtf >< 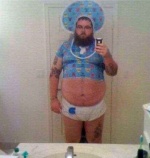 I'm just wondering who will actually travel to places just to find this game?!Not even talking about that all the travelling gonna cost way more than the game XD and what if it lands in the sea?
_________________

Why? It's from space, isn't that a great reason to catch a 6h flight to south pole or wherever it's gonna fall? Besides you can get it earlier as an extra bonus

I don't think they have airports at south pole actually oO

Lol, I guess the firefighters are gonna have to come and rescue it

First interview about Dishonored,one of the games I'm really waiting for.

Sounds interesting, is it the game's soundtrack in the background btw?

Well then you're really not updated.

Sorry, I'll keep that in mind.

Anyway, back on the topic.

I still haven't finished the first one yet.

Are they still making them insanely difficult? xD

Vid of a new worms game!!!And it looks great =O

Yep, a 2d worm is the best kind of worm