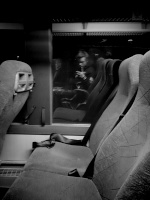 Now when i have posted this i have 90

Lets focus on quality of the posts instead of quanity.

oh true...lets do competition on best post of year 2009 xD i gave cake to winner

and eazy give some vodka xD

oh ye...
Islam (Arabic: الإسلام‎ al-’islām, pronounced [ʔislæːm] ( listen)[note 1]) is the religion articulated by the Qur’an, a book considered by its adherents to be the verbatim word of the single incomparable God (Arabic: الله‎, Allāh), and by the Islamic prophet Muhammad's demonstrations and real-life examples (called the Sunnah, collected through narration of his companions in collections of Hadith). The word Islam is a homograph, having multiple meanings, and a triliteral of the word salaam, which directly translates as peace. Other meanings include submission, or the total surrender of oneself to God (see Islam (term)).[1] When the two root words are put together, the word 'Islam' gives the meaning 'Peace acquired by submission to the will of God'.
-Wikipedia

lol i like this discussion...finally some real and only true discussion xD

fofo im not saying i hate ur religion but wiki's arent always right
wikipedia used* to say that Adam Sandler's father was the principal at my high school
but unfortunately they edited it back to normal
http://en.wikipedia.org/wiki/Banks_County_High_School

ye lol ...anyway all wiki can say about religion is whos god ,all that historical and made up stuff belives and stuff xD...but thats not prove that its only true religion...i dont belive in any god cuz...cuz i prefer sientific explanations...i dont belive that god created earth and stuff...these times ppl was just linking things that they didnt understand to paranormal stuff and thats how religions were created ,ghost stories made up or other things of this kind like zombies and skeletons ^^

oh and btw there is edit button u know ^^

u dont believe ok see this
Islam's fundamental theological concept is tawhīd—the belief that there is only one god. The Arabic term for God is Allāh; most scholars believe it was derived from a contraction of the words al- (the) and ʾilāh (deity, masculine form), meaning "the god" (al-ilāh), but others trace its origin to the Aramaic Alāhā.[30] The first of the Five Pillars of Islam, tawhīd is expressed in the shahadah (testification), which declares that there is no god but God, and that Muhammad is God's messenger. In traditional Islamic theology, God is beyond all comprehension; Muslims are not expected to visualize God but to worship and adore him as a protector. Although Muslims believe that Jesus was a prophet, they reject the Christian doctrine of the Trinity, comparing henotheism to polytheism. In Islamic theology, Jesus was just a man and not the son of God;[31] God is described in a chapter (sura) of the Qur'an as "…God, the One and Only; God, the Eternal, Absolute; He begetteth not, nor is He begotten; And there is none like unto Him."[32]

u want to know who is muhammad ok:
Muhammad (c. 570 – June 8, 632) is the prophet of Islam. He was a religious, political, and military leader who founded the religion of Islam. Muslims view him not as the creator of a new religion, but as the restorer of the original, uncorrupted monotheistic faith of Adam, Abraham, Moses, Jesus and others. In Muslim tradition, Muhammad is viewed as the last and the greatest in a series of prophets—as the man closest to perfection, the possessor of all virtues.[42] For the last 23 years of his life, beginning at age 40, Muhammad reported receiving revelations from God. The content of these revelations, known as the Qur'an, was memorized and recorded by his companions.[43]

During this time, Muhammad preached to the people of Mecca, imploring them to abandon polytheism. Although some converted to Islam, Muhammad and his followers were persecuted by the leading Meccan authorities. After 13 years of preaching, Muhammad and the Muslims performed the Hijra ("emigration") to the city of Medina (formerly known as Yathrib) in 622. There, with the Medinan converts (Ansar) and the Meccan migrants (Muhajirun), Muhammad established his political and religious authority. Within years, two battles had been fought against Meccan forces: the Battle of Badr in 624, which was a Muslim victory, and the Battle of Uhud in 625, which ended inconclusively. Conflict with Medinan Jewish clans who opposed the Muslims led to their exile, enslavement or death, and the Jewish enclave of Khaybar was subdued. At the same time, Meccan trade routes were cut off as Muhammad brought surrounding desert tribes under his control.[44] By 629 Muhammad was victorious in the nearly bloodless Conquest of Mecca, and by the time of his death in 632 he ruled over the Arabian peninsula.[45]

In Islam, the "normative" example of Muhammad's life is called the Sunnah (literally "trodden path"). This example is preserved in traditions known as hadith ("reports"), which recount his words, his actions, and his personal characteristics. The classical Muslim jurist ash-Shafi'i (d. 820) emphasized the importance of the Sunnah in Islamic law, and Muslims are encouraged to emulate Muhammad's actions in their daily lives. The Sunnah is seen as crucial to guiding interpretation of the Qur'an

u want to know what is the Qur'an ok:
Muslims consider the Qur'an to be the literal word of God; it is the central religious text of Islam.[33] Muslims believe that the verses of the Qur'an were revealed to Muhammad by God through the angel Gabriel on many occasions between 610 and his death on June 8, 632. The Qur'an was reportedly written down by Muhammad's companions (sahabah) while he was alive, although the prime method of transmission was orally. It was compiled in the time of Abu Bakr, the first caliph, and was standardized under the administration of Uthman, the third caliph. From textual evidence Islamic studies scholars find that the Qur'an of today has not changed significantly since it was standardized[34].[35]

The Qur'an is divided into 114 suras, or chapters, which combined, contain 6,236 āyāt, or verses. The chronologically earlier suras, revealed at Mecca, are primarily concerned with ethical and spiritual topics. The later Medinan suras mostly discuss social and moral issues relevant to the Muslim community.[36] The Qur'an is more concerned with moral guidance than legal instruction, and is considered the "sourcebook of Islamic principles and values".[37] Muslim jurists consult the hadith, or the written record of Muhammad's life, to both supplement the Qur'an and assist with its interpretation. The science of Qur'anic commentary and exegesis is known as tafsir.[38]

The word Qur'an means "recitation". When Muslims speak in the abstract about "the Qur'an", they usually mean the scripture as recited in Arabic rather than the printed work or any translation of it. To Muslims, the Qur'an is perfect only as revealed in the original Arabic; translations are necessarily deficient because of language differences, the fallibility of translators, and the impossibility of preserving the original's inspired style. Translations are therefore regarded only as commentaries on the Qur'an, or "interpretations of its meaning", not as the Qur'an itself.[39


after i post these 3 replays i hope believe is the true god.

[NWA]WSD wrote:ye im atheist but i follow some of the rules in some religions

adam if u have a mind and think u will believe

what u mean by make topic OTHER? ^^